Contracting for a foreign employer 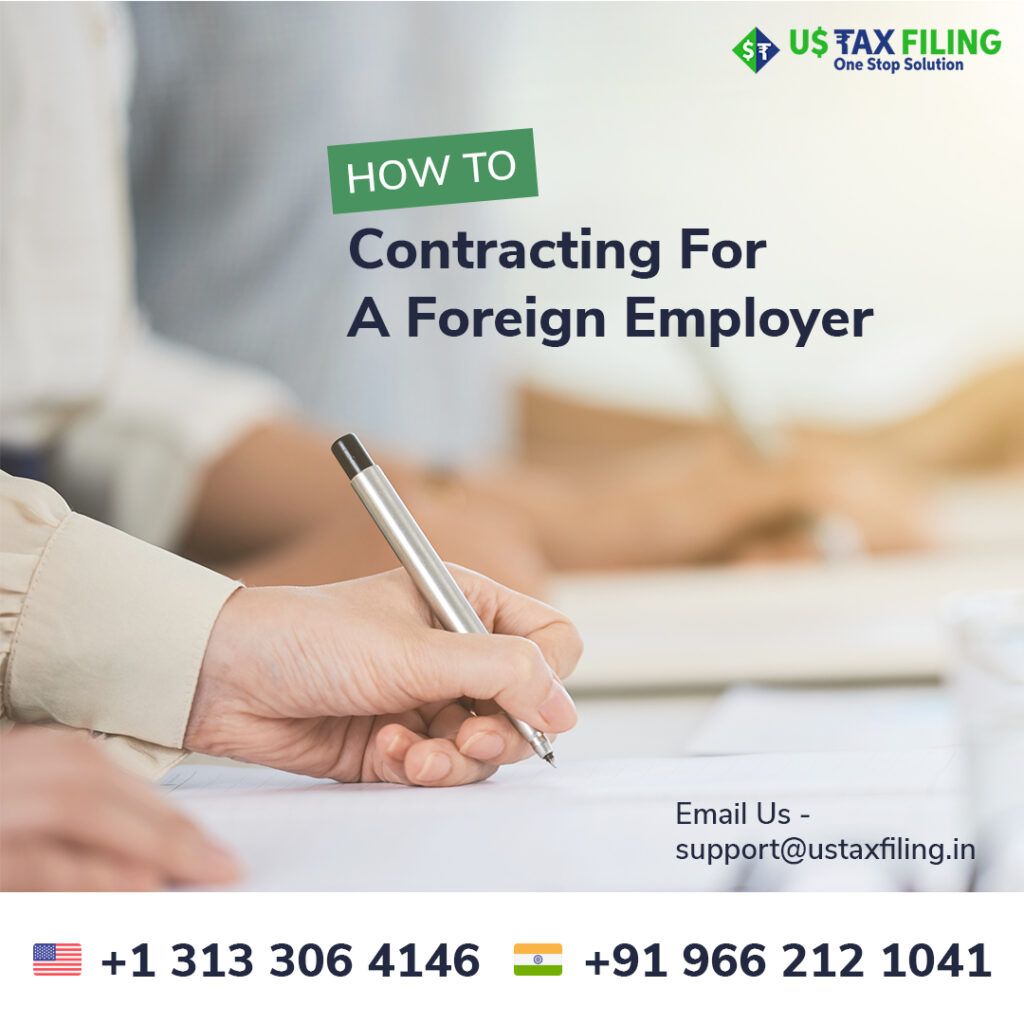 Are you a foreign employer? You don’t know what taxes you are subject to when living abroad?Don’t worry at all! You have come to the right place. We at USTAXFiling.in will guide you to contract your taxes as a foreign employer. Click to go through the guide and get more insights on it

Contracting for a Foreign Employer?Here’s How to Report It on Your Tax Return

What Taxes  You Are Subject to If You Are Contracting for a Foreign Employer?

Anyone who falls into the category of the resident alien, United States citizen or non-resident alien who works in abroad for a foreign employer is generally not needed to do any Medicare tax or social security tax withholding it. But if you are working for a foreign affiliate who is an American employer, in such scenario the employer might ask for Medicare tax or social security tax to be withheld from the employees of the foreign affiliate.

What are Totalization agreements?

Totalization agreements are agreements that are made between two countries that states to which country certain tax needs to be paid, that includes Medicare as well as Social Security tax too.

If a taxpayer earns a wages or salary as an employee in the country employed by an overseas employer then the earned income must be reported on a United States income tax returns. You must be aware that this income has to be reported whether the employer gives a W2 or not.

If anyone who is working for a foreign employer is paid or salaried as an independent contractor, then the income should be reported on Schedule C of the United States income tax return of an individual. And the expenses included in connection with the income earned will decrease the taxable amount.

Also, with income tax, the net income that is after deduction of expenses is subjected to self-employment tax. A state tax return might also be a tax-filing need, varying on the state of residence.

Get the Best Consulting for Those Who Are Contracting for a Foreign EmployerFrom USTAXFiling.in

PrevPreviousThe Advantages of Opening a Business Abroad as an American Expat Entrepreneur
NextHow to use the Foreign earned income exclusion for digital nomads?Next

We are a team of dedicated tax professionals serving both individual taxpayers and business owners to adhere their U.S and Indian taxation guidelines.
Facebook Twitter Instagram